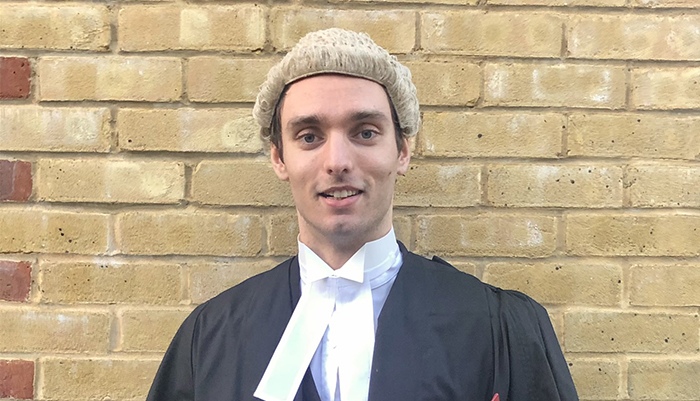 The vegan wig is designed and manufactured in the UK by sustainable clothing company Cultiva Kingdom. March told Legal Cheek:

“The wig is deeply symbolic, I wanted it to be something I would be excited and proud to wear, and I just didn’t get that feeling from the idea of a synthetic wig,”

“I didn’t want a highly artificial material masquerading as something else; I wanted something that was natural, distinct, had some character and was proudly different. Hemp was my father’s idea initially, he is an artist … and a bit of an aging hippy. We both found the idea of wearing a plant so closely related to cannabis into the criminal courts delightfully disruptive.”

“I am generally supportive of the practice of wearing wigs, but consider that appropriate court attire should be inclusive and what it is made out of is immaterial,”

“People should be able to express themselves in line with their values, whether that means a Sikh being able to wear a turban instead of a wig or a vegan going out and sourcing something suitable.”

We wish Hemp & Hemp the best of luck in this new venture.