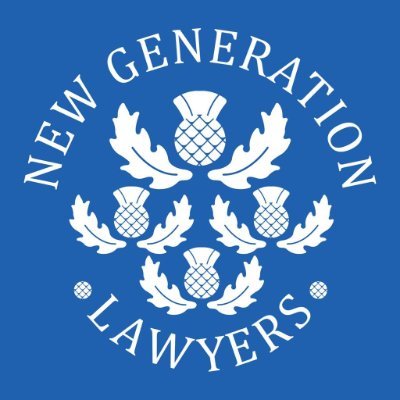 New Generation Lawyers have submitted concerns regarding the Resilience Fund to the Law Society’s Legal Aid negotiating team and to the Scottish Government. The submission reads as follows –

We acknowledge that the Scottish Legal Aid Board are, in many ways, a commendable organisation. Their staff offer the profession an excellent day-to-day service, which is infinitely more impressive than any other public body operating within the criminal justice system. Their use of IT allowed them to introduce remote working almost seamlessly when the advice from the Scottish Government became “work from home.” However, the fact that their expenditure was lower in 2019/2020 than in 1999/2000 is extraordinary and, frankly, unheard of when it comes to public sector expenditure. It is our belief that this relentless pursuit of reducing costs at the expense of truly sustainable provision has its own shortcomings.

The unrelenting focus in driving down the cost of legal aid, whilst dismissing and ignoring the concerns of a profession who are repeatedly expected to work harder and harder for ever diminishing returns, has created a crisis within the profession. The result of the Scottish Legal Aid Board’s approach towards reducing expenditure is that talented and enthusiastic law graduates are denied opportunities to enter the profession. For the fortunate graduates who do qualify, most leave the criminal bar to pursue opportunities in the public sector; the comparatively high levels of remuneration, healthy working conditions and career development opportunities available are unparalleled in private practice. The Scottish Government’s efforts to promote equality and diversity within Scottish public life appear not to extend to the Scottish Legal Aid Board, who appear unwilling to acknowledge the lack of diversity of those who provide criminal legal assistance in Scotland, far less to provide firms with the funds to redress the imbalances that have been created.

The Board are complacent about the sustainability issues facing the criminal bar. The Board repeatedly cite the number of solicitors who appear on the Criminal Legal Assistance Register as evidence that Scotland does not face any issues ensuring access to justice. However, the Register contains a number of solicitors who have now joined the Crown Office and Procurator Fiscal Service, and the Children’s Reporter, as well as at least one serving sheriff. It is a document without credibility which appears to exist principally to deflect complaints from the profession about how unsustainable the provision of criminal legal assistance is. It creates a false impression of the number of solicitors who provide criminal legal aid but it is not an accurate representation of those who frequently appear in our criminal courts. This problem is set to become exacerbated, and increasingly difficult to ignore, as the courts emerge from lockdown and the Scottish Court and Tribunals Service’s Respond, Recover, Renew plan is implemented.

The pandemic has truly exposed the precarious nature of providing criminal legal aid. Legal aid practitioners do not benefit from the guarantees of income available to every other justice partner and stakeholder, including the Board. This vulnerability was, eventually, recognised by the Scottish Government and by the Cabinet Secretary for Justice, Humza Yousaf, in his announcement in December 2020. As part of that announcement, the Cabinet Secretary introduced a £9,000,000 Resilience Fund to support legal aid firms through the pandemic.

The support was widely welcomed by the profession. However, most firms who applied to the Fund have now reported receiving letters from the Scottish Government advising that there would be nothing paid out to them to recognise their resilience. What is surprising is the calculations used by the Board often lead to the Board’s conclusion that firms are, in fact, better off financially this year than in previous years. In the context of the reduction in court business, it was almost unbelievable and, in terms of unaudited financial accounts, simply inaccurate and incorrect. Instead of using a simple fact calculation based on an analysis of year on year accounts, the Scottish Government, aided by the Board, preferred a complex and flawed scheme which owed more to a culture of penalising solicitors rather than providing appropriate support. To summarise the problem with the calculations by the Board, it maximised projected income based on solemn cases and the time frame for payment, deducted any other financial support accessed by firms, yet ignored the costs and other financial consequences of the public health emergency. These calculations are unfit for purpose and turned a welcomed government support scheme into a mere sham and another example of the continual show of disrespect that many solicitors feel is the template for how they are treated by the Scottish Legal Aid Board.

If a financial model is going to use projections over factual data, then a whole range of relevant scenarios and forecasts should be built into it to make it a credible model. Taking the issue of solemn fee income, the calculator model simply used average case fees from the previous two-year period to produce a figure for the current year whilst ignoring the impact of the pandemic, the very reason support was put in place; it is extraordinary and unacceptable that the Resilience Fund ignores the reason why the Fund has been introduced.

The pandemic has resulted in changes in policy from the Crown Office and Procurator Fiscal Service. This has resulted in cases prosecuted on solemn procedure receiving a greater priority and has resulted in some cases, such as spitting or coughing at police officers, being prosecuted using solemn procedure, rather than summary procedure as was the case before the pandemic. Furthermore, our experience suggests that a number of cases which typically begin as solemn cases are being reduced to summary. Each reduction reduces the value of the case and therefore dilutes the accuracy of the projected fee earned for the case. Given the extent of the backlog as well as allowing for the Crown to carry out further investigations, it is anticipated that this trend will continue. This appears to have been excluded entirely from the Scottish Legal Aid Board’s calculations.

The average fee assigned to solemn cases by SLAB also fails to take into account the changes in court procedure during the pandemic. At Hamilton Sheriff Court, for example, accused persons being fully committed now appear by video link at an assigned time. This is also the case for First Diets when the accused is remanded in custody. Previously, the often unavoidable inefficiencies in the court programme were reflected in the fee system and allowed for solicitors to charge for time spent waiting for cases to call at court. These inefficiencies have been negated by both the reduction in court business and the increase in the use of technology and, accordingly, there will likely be a decrease in the amount of waiting time that solicitors can charge for. Whilst these efficiency improvements are welcomed, the Board’s figures appear to take no account of the change in court practices and the clear fee savings that will follow.

Furthermore, the Scottish Government have included other government support, such as the Job Retention Scheme (furloughing), in their calculations. However the Board’s average fee projections work on the erroneous assumption that firms which have furloughed staff are still able to generate the same level of fees as they would with a full complement of staff. It is unarguable that a reduction in staffing levels result in a reduction in a firm’s ability to generate fees. Staff on furlough are prohibited from carrying out any work for their employer whilst furloughed. To suggest that furlough support should be considered when it comes to income, but not when it comes to generating income, appears extremely disingenuous.

Whilst any financial support accessed by firms as a consequence of the pandemic is used to reduce any possible grant funding, the model makes no allowance for the costs directly attributed to the pandemic. Firms did not have the security and safety of the ‘working from home’ model used so effectively by both the Board and the Scottish Government and required to invest in office restructurings, PPE equipment, and upgraded IT hardware, software and security to allow the criminal justice system to continue to operate effectively. When the Fund was announced, there was a suggestion that firms would be required to provide full management accounts to SLAB. Against that backdrop, we are surprised that firms were not being asked to provide evidence of the considerable expenses that they have incurred in their attempts to continue to provide service to both clients and courts.

We believe that the model has been set up in a manner designed to minimise payments to solicitors and, in particular, fails to pay any regard to the reason that the Resilience Fund was introduced in the first place, namely the consequences of the pandemic.

The Resilience Fund was an opportunity for the Scottish Government to recognise the immense pressure that legal aid firms have worked under over the past year. Firms have tried to maintain profitability in almost impossible business conditions whilst, at the same time, ensuring that the most vulnerable in our society have been able to access justice during a pandemic. Whatever the intentions of the Cabinet Secretary’s announcement, his efforts have been undermined by the Board’s calculations which bear no resemblance to reality and have exacerbated an already tense relationship between the powers that be and the profession.

Finally, we note that the trend of newly qualified solicitors leaving criminal defence has continued since the Cabinet Secretary’s announcement, and the failure of the Fund will only exacerbate that problem. We remain enthusiastic about the traineeship fund and we hope that funding for this will be introduced and effectively distributed as soon as it is reasonably practicable to do so. This fund has the potential to be life-changing for those seeking to enter the profession. However, there is little merit in the Scottish Government assisting graduates seeking to enter the profession if firms cannot offer them a future upon qualification.

COP26: Bar Associations set out why they will not participate in duty scheme