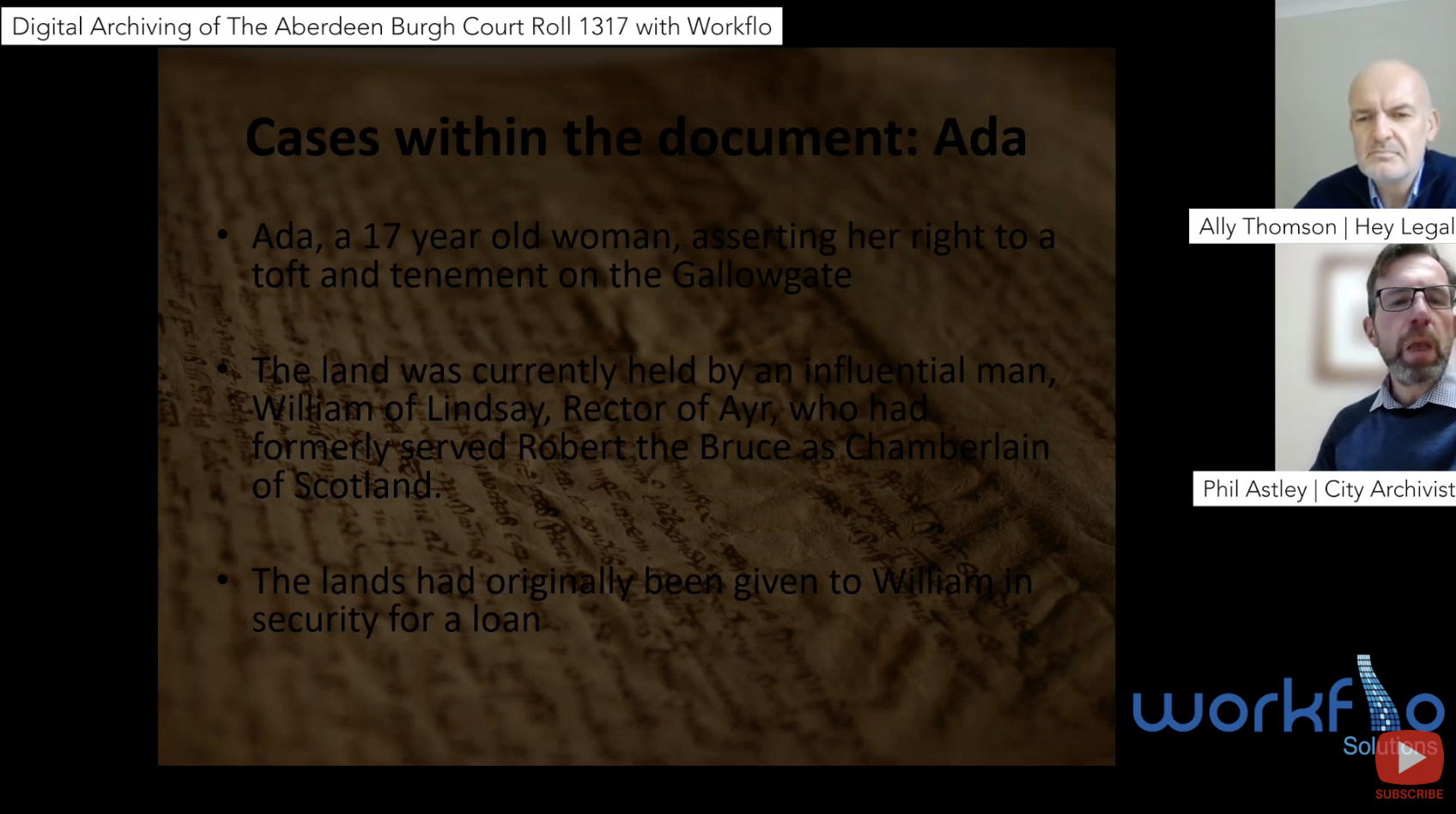 This video is a must watch for anyone interested in Scottish law and the history of Scotland. You will hear the story of the Aberdeen Burgh Court Roll dating from 1317 and how it provides an amazing insight into the legal workings of the Burgh around the time of Robert the Bruce.

Phil Astley, City Archivist of Aberdeen City and Aberdeenshire Archives is in conversation with Ally Thomson of Hey Legal.

Aberdeen and Aberdeenshire Archives date back to the 12th century and the Burgh registers are UNESCO recognised. Workflo Solutions were engaged to make a digital copy of the Roll and we hear the full story in this video. It is the earliest example of such a roll anywhere in Scotland and it reads as if dealing with a continuous series of matters and disputes in a single calendar year.

Crucially for lawyers and law students, you will hear evidence of the early emergence and operation of “common law” in Scotland along with details of representation in court with several references to procurators, attornati and forespeakers.

You will also hear stories of disputes that come before the court.

£1,500 up for grabs for most innovative risk management idea

Legal Tech Insights For Your Law Firm with Mark Edwards